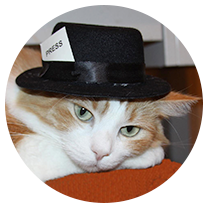 This article was written by our friend Katniss, Cat Reporter. If you love cats, you’ll love her website, especially her cat-to-cat interviews! 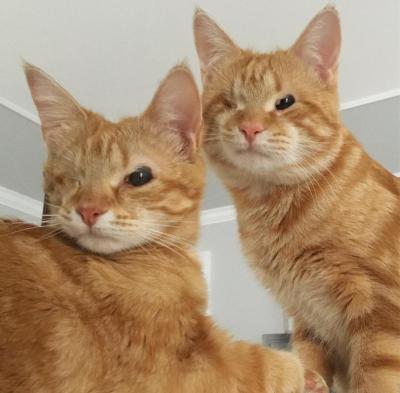 Lookalike cats Sylvie and Jules are so bonded with each other that they’ve been dubbed “The Love Bugs.” I had a chance to sit down with them for a cat-to-cat-to-cat interview.

KATNISS: On your Instagram page, almost every photo is of you two cuddling with each other. Is it true you are insepurrable?

JULES: While I’m meowr of an observer. 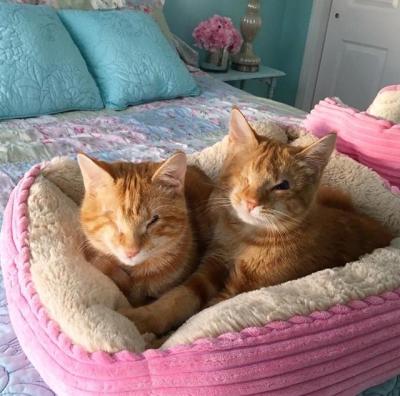 SYLVIE: We spend a lot of time apurrt but —

JULES: — then we start looking fur each other — 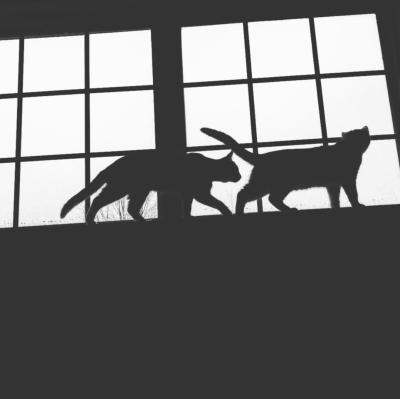 JULES: — I follow. And if I go somewhere to rest — 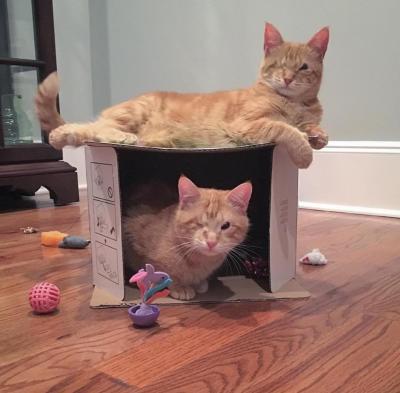 KATNISS: You two were found in the engine of an old car in the back of a car dealership. You were both starving, emaciated, sick, frightened and had ear mites and infected eyes. How pawful.

SYLVIE: Yes, but we were found, which is what’s most impurrtant. Found —

JULES: — and taken to a foster home with famed advo-cat — 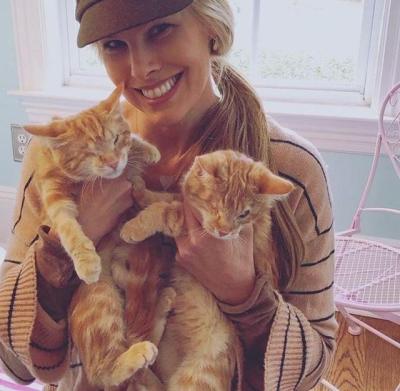 JULES: We got lucky fur sure. We were treated fur eyelid agenesis —

SYLVIE: — we each had to have an eye removed and our eyelashes were furrozen and removed so they wouldn’t bother us anymore. 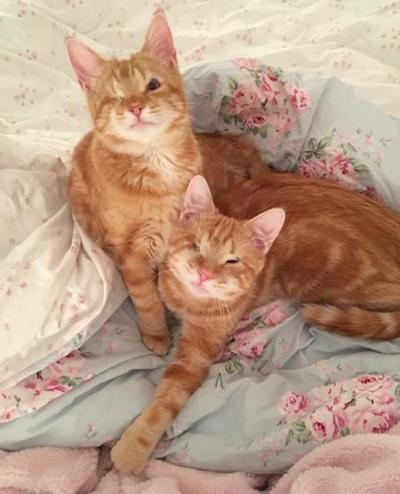 KATNISS: Then after a few months, you were ready for a furever home. Tell me about your life now.

SYLVIE: Our Meowmy is the best! She gives us boxes —

JULES: We love boxes! And beds — 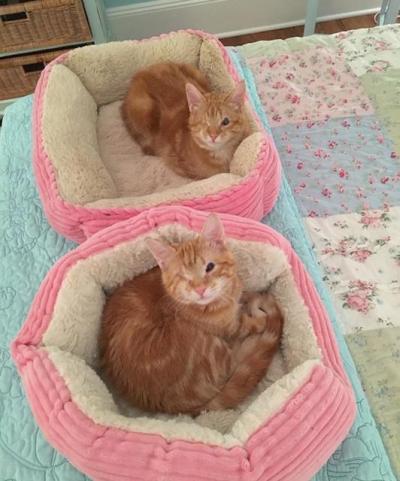 SYLVIE: We love beds! And lot of toys —

KATNISS: So, you’ve got all these toys and beds and catnip. So what’s your favfurite thing to do? 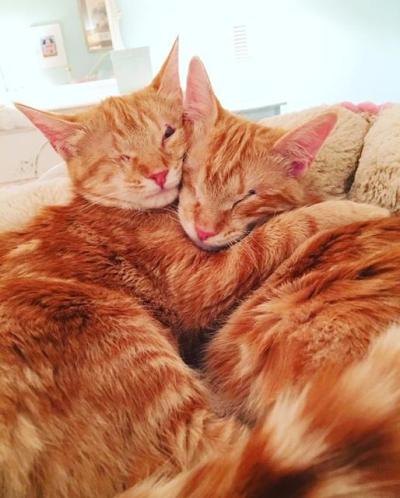 SYLVIE/JULES: Snuggle with each other. >PURR<