Lily and her boyfriend had been thinking about adopting a cat for a while when they decided to visit their local animal rescue, The Lost Dogs’ Home in Melbourne, Australia, at the start of February 2017. The couple toured the organization, meeting all of the available cats, until they came upon Graham, a handsome three-year-old tripod tabby. “Graham was the last cat we viewed,” remembers Lily, “and we loved him from the moment we saw him.”

Lily and her boyfriend were smitten with Graham from the very beginning, and their affection for him only grew as the staff at the rescue explained that the three-year old tabby had recently had surgery to remove one of his legs, as well as most of his tail. Approximately one week earlier, The Lost Dogs’ Home found Graham living on the street, malnourished, injured, and in desperate need of medical attention.

Lily learned that when he was found, Graham’s left hind foot was badly mangled, and the tip of his tail had been degloved, although no one was certain exactly what had happened to the handsome tabby. “They said from the extent of the damage that he was probably hit by a car,” explains Lily. “He still had stitches in and was underweight, and we still loved him from the second we met him.”

While some people might have been put off by the idea of adopting a three-legged cat who had recently sustained such serious injuries, Lily and her boyfriend were completely up for the challenge of helping Graham adapt to his new life as a tripod kitty. “I’ve personally always had a soft spot for special needs animals,” says Lily, adding, “I believe every animal deserves a loving forever home, regardless of special needs.” The rescue approved the couple’s adoption application, and Graham joined their family not long after Lily and her boyfriend laid eyes on him for the first time. 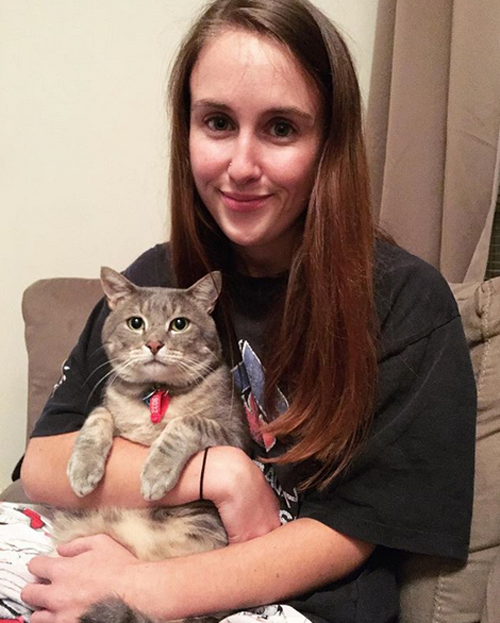 While Lily and her boyfriend were committed to providing a loving home to a cat with special needs, neither of them had ever had a three-legged cat before, so they weren’t sure what sort of special accommodations they would have to make for Graham. However, the couple was pleasantly surprised when they discovered caring for a kitty with three legs isn’t all that different from looking after a cat with all four. 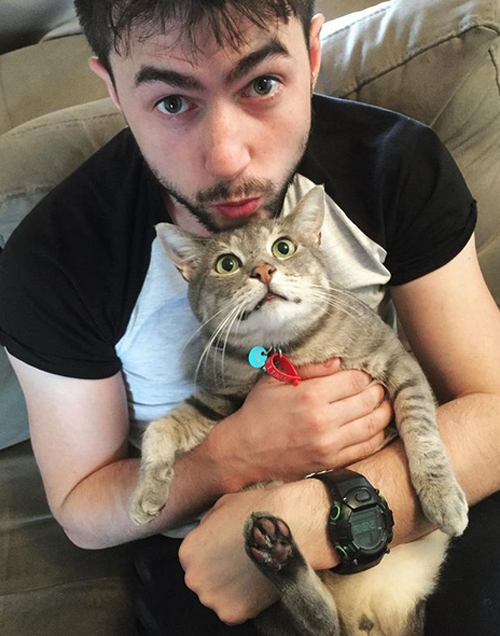 “He was a bit wobbly in the beginning,” remembers Lily, “but he has managed superbly with three legs and not much of tail.” In fact, one of their biggest challenges was actually helping Graham — who was malnourished from living on the street — gain some weight. 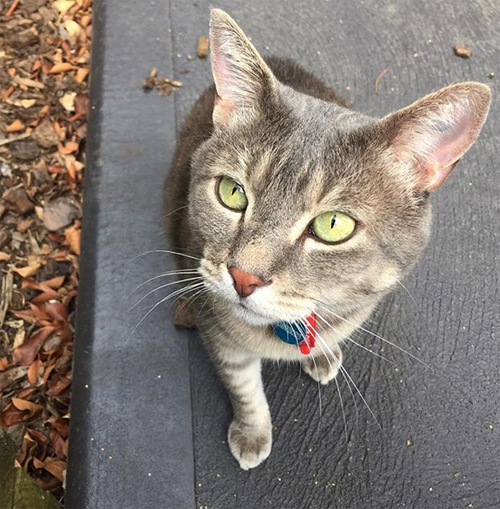 Today, Graham is a healthy weight and he’s completely adjusted to life as a tripod cat. “We hardly notice Graham’s missing leg,” says Lily. “He can jump, run, and play as well as any four-legged cat.” Like a typical kitty, Graham loves spending time in the sun, as well as playing with his toys and rolling around in wood chips. 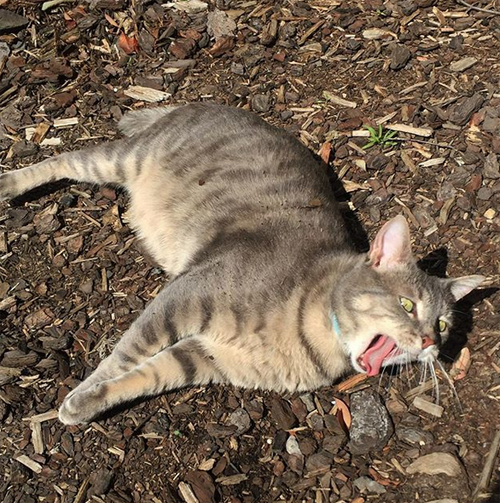 Not surprisingly, this adorable tripod cat also enjoys being with his parents– getting cuddles and belly rubs — because Graham is obviously grateful Lily and her boyfriend gave him a home when he was still recovering from his injuries and the trauma of living on the streets. “He has such a bright personality and loves attention,” says Lily. “He is one of the most affectionate cats I’ve ever met.”

Adopting Graham has been such a wonderful experience for Lily and her boyfriend, and she hopes other people will be inspired to adopt special needs animals. “Don’t overlook the pet missing an eye or a limb, or that looks different,” says Lily. “They will give you all the love in the world and are spectacular company.”

In fact, Lily is adamant that Graham, a three-legged cat, was like a missing piece that made life with her boyfriend complete. “He has made our house a home and he has the most beautiful nature,” says Lily. “We hope he lives a long and happy life with us; we could not love him more if we tried.”